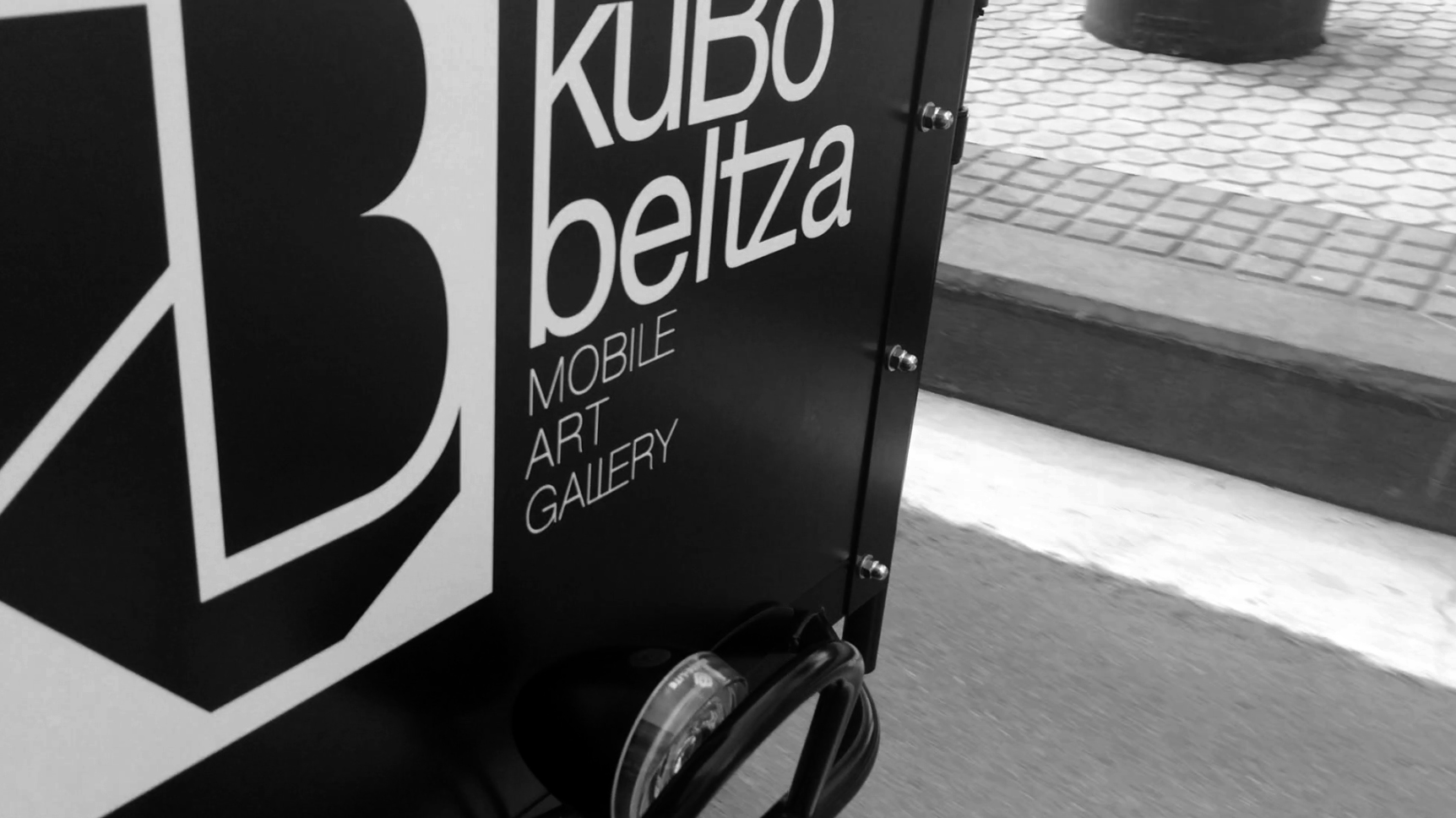 The Kubo Beltza Project is a public art project, curated by Pau Figueres, which focuses on the creation of a mobile exhibition space as a reflection on the suitability of contemporary art exhibition spaces.

The project proposes mobility as a way to expand exhibition spaces and bring contemporary art beyond the limits of the white cube. It is an insight of the idea about a mobile artist who makes small souvenirs to sell to tourists on the promenades of our beaches. Kubo Beltza is the metaphor of a precarious situation, which aims to consolidate itself as an artistic space, to dignify and give a twist to the very idea of the traveling artist.

The mobile space emerges as a critical look at a situation caused by the uncontrolled growth of tourism, which is affecting areas from Hendaye to Donostia, turning them into economically less accessible places and pushing us to reconsider issues of sustainability and the different policies generated around this phenomenon on both sides of the border.