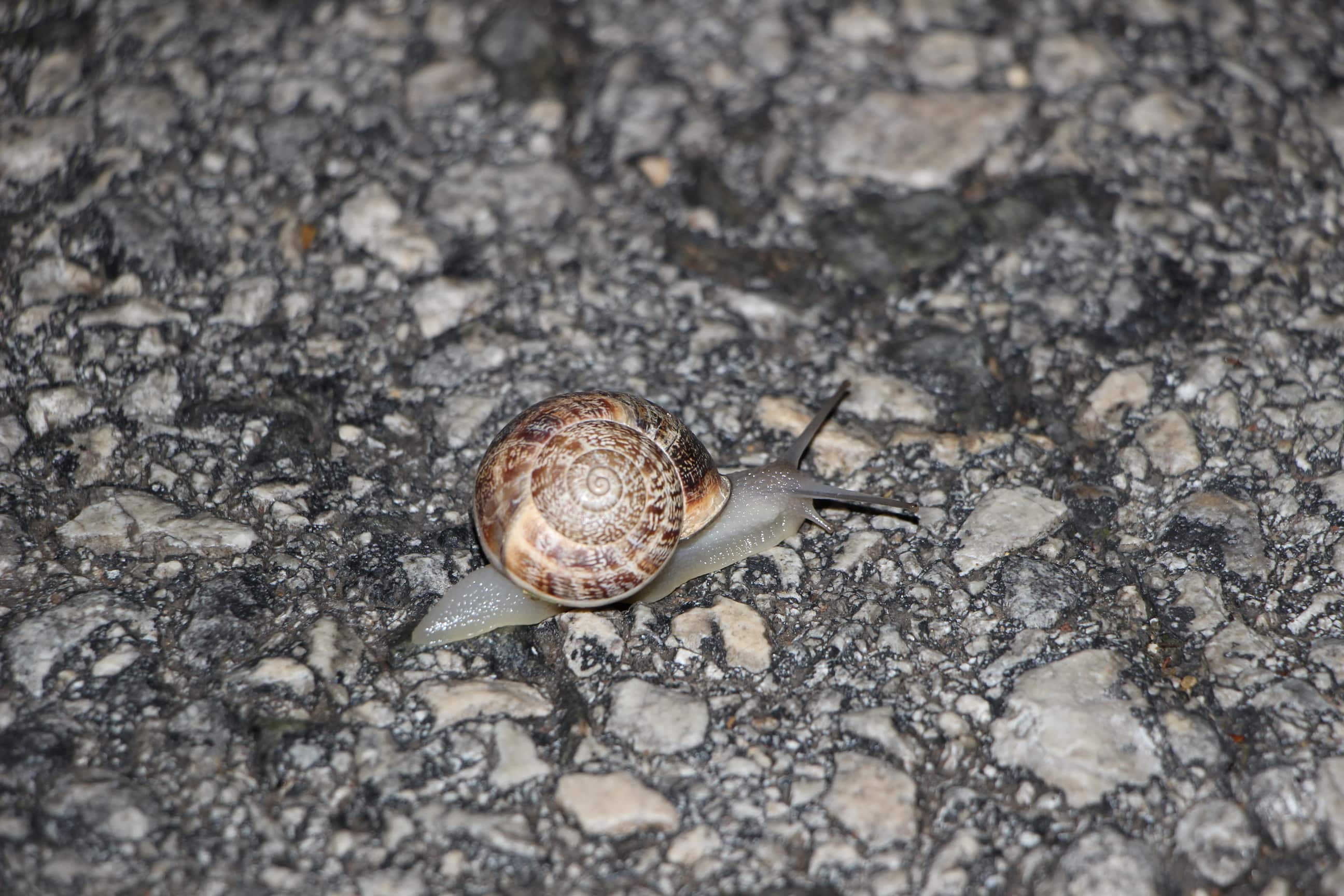 Cretaceous snails are hidden in various structures and monuments of our cities, erected with sedimentary rocks filled with shells of gastropods from the time of the dinosaurs, approximately 100 million years ago. From a deep concern about the transformation of our planet (or the ‘deposit’ we leave it in) and by the consideration of this phenomenon, I developed a great curiosity and speculation about the formation of fossils in the future, from connotation and suggestion. Regarding this concern, I begin to carry out an intuitive and personal documentation of various living beings such as insects and snails, in order to speculate on their forthcoming, future fossil forms. I foresee a work that would relate to fossils, to photography and video images of these living beings, and artificially manipulated materials in opposition to other matters, identifiable by their natural origin.

Amaia Molinet (Lodosa, Navarra, 1988) lives and works in Bilbao. She holds a Master Degree in Contemporary, Technological and Performing Art and a Bachelor's Degree in Fine Arts from the UPV/EHU. She develops her artistic practice as an investigation of the territory, she reckons as an influencer of identity. She has received recognition for her work through grants and prizes such as INJUVE 2017, Beca Eremuak - Basque Government 2017, the Subsidy in Plastic and Visual Arts of the Government of Navarre 2016, or the production and residence grant of the BilbaoArte Foundation 2015-16. She was a resident artist in Artifariti (Western Sahara, 2015), SÍM House (Reykjavík, 2016) and Nau Estruch (Sabadell, 2017). Her work has been exhibited in spaces such as the Centro Huarte de Arte Contemporáneo (Navarra), Sala Rekalde (Bilbao), Centro Cultural Montehermoso (Vitoria-Gasteiz), Museo San Telmo (Donostia), Fabra i Coats Centre d'Art Contemporani (Barcelona), Cantieri Culturali alla Zisa (Palermo) and Casa Matei (Cluj-Napoca, Romania).

The "Future Fossils" project by Amaia Molinet has been selected by the jury formed by professor and teacher Gaspar Acebo; the project directors at R.A.R.O. Residency Almudena Blanco and Lina Ángel; the cultural manager, project curator and co-founder of ANTESpacio Laura Díez; and the Bitamine Faktoria team.